Exact matches save translation expenses. Once a segment has been translated, an exact match reduces the cost of processing that same segment again. In-context exact matches reduce costs even more.

Exact match is a concept that is closely tied to translation memory. Translation memory (TM) is a database that stores completed translations so they can be reused for future projects. When a segment is translated, the source segment and the translated equivalent are stored together as a translation unit in the TM[SDL].

If the segment before and after any given segment are also exact matches, there may be no charge to translate the new segment at all. This is called an in-context exact match[Dias][Sikes 2007].

As a by-product of updating existing content, words are sometimes changed from one version to the next for purely stylistic reasons. The changes add no informational value and can cause what could be an exact match to become fuzzy and, therefore, more expensive to translate. This is a waste of money. In addition to saving money, exact matches have other positive effects on both the source and target languages: 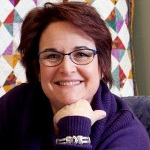 Val Swisher is the CEO of Content Rules. Val helps companies solve complex content problems by analyzing their content and how it is created. She is a well-known expert in structured authoring, global content strategy, content development, and terminology management. Val thinks that content should be easy to read, cost-effective to translate, and efficient to manage. Her third book, Global Content Strategy: A Primer, was published in 2014 by XML Press.