Language pairs are a basic unit of translation. The source contains original content, which is then translated into a target language. The pairs are generally expressed with implied translation direction: source before target.

The language pair designation provides clarity and facilitates granularity for planning and executing localization projects. If a project comprises more than one source or target language, then each source/target combination is an individual language pair. Typical examples include: English/German, Dutch/Afrikaans, or Simplified Chinese/French. A language pair could also consist of two variants of the same language, for example, European French/Canadian French[Stitt 2015][SDL].

The relationship between the two members of a language pair is most frequently direct, but it can be indirect. For some language combinations, appropriate linguistic resources can be hard to find. In this case, a pivot language is used. The source language, for example Japanese, is translated first into a more universal language such as English, and from English into target languages. So, the Japanese-to-target language pair has been created, although the means for creating it is indirect. This method can cause some ambiguity in translation quality, but not necessarily. If indirect language pairs are reused (also called leveraging), then the localization team imposes a matching penalty because translations done this way tend to be less precise.

Translation service providers often possess greater linguistic or subject matter expertise in some language pairs than in others. Larger projects are sometimes split up between service providers, based on their relative strengths per language pair. To choose the right vendor, achieve optimal quality, and avoid confusion, costly rework, and project delay, a localization specialist must accurately specify the language-pair deliverables[TAUS Knowledgebase]. 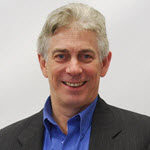 Richard Sikes has been immersed in technical translation and localization for over 30 years. He is passionate about linguistic technologies of all kinds. Richard managed localization teams at several industry-leading software companies. He contributes frequently to MultiLingual magazine, and is well-known as a speaker at translation industry events. Richard holds a BA from the University of California, Diplom Betriebswirt (FH) from the Fachhochschule Heidelberg, and an MBA from the University of Toronto.